8 Things You May Not Know About Brent’s Deli

In honor of the 8 nights of Hanukkah, here are 8 things you may not know about Brent’s Deli: 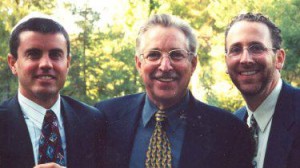 1. Ron Peskin, who bought the original Brent’s Deli in Northridge in 1969, has a son named Brent (now one of the managing partners). However, Brent’s Deli only coincidentally shares the same name as Ron’s son, who was born five years before Ron took over. The deli was opened by the previous owner in 1967 under the name Brent’s Deli, and Ron happily kept it when he assumed ownership two years later.

In 2006, our second location opened in Westlake Village, with a full bar, daily Happy Hour specials, a large room that can be used for private parties, and outdoor patio seating.

2. We deliver anywhere in Southern California — literally. As far north as Santa Barbara, as far south as San Diego, and everywhere in between. 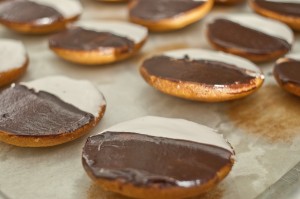 3. We can ship almost anything, including most of our deli items, to any address in the continental USA. We use next-day shipping and blue ice to keep your food fresh!

4. We make nearly all of our desserts from scratch, including our cheesecakes, chocolate eclairs, bread and rice pudding, four-layer chocolate cake, cookies, lemon bars, brownies, and our newest addition, coffee cake.

5. We have an unofficial secret menu that includes: Chicken Finger Sandwich, Reuben Fries, and Huevos Rancheros. Really, we can make several dishes that aren’t already on our menu — just ask! 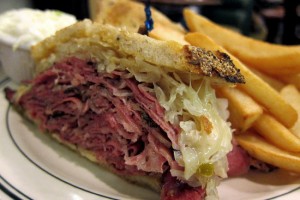 6. Our famous Black Pastrami Reuben is the most-ordered dish, and we serve 2,500 pounds of pastrami each week.

7. We take great pride in working with the community, including youth sports teams and The Foundation for Las Virgenes Schools.

8. While we’re typically thought of as a delicatessen and restaurant, we have an extensive catering menu that can feed 20 or 200 people with only a few hours notice.