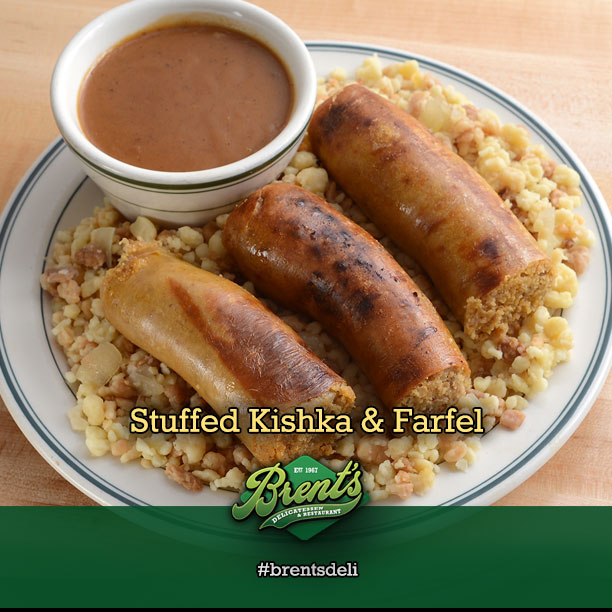 Kishka is a blend of meat, matzo meal, farina and spices stuffed into a natural casing, boiled, and then grilled to perfection. We grind our kishka fresh on the premises using an old family recipe.

The dish originated in Eastern Europe, and even has a song written after it. Here’s a version by Grammy award-winning polka artist Frankie Yankovic.

Traditionally, kishka is served over a bed of flake-shaped pasta called farfel, with a side of gravy.