Get to know the Founding Father of Brent’s Deli

Ron Peskin, born in Cleveland, Ohio in 1941, virtually grew up behind the deli counter. Upon moving to California at the age of five, he spent countless hours working for his uncle’s deli and other local markets in the San Fernando Valley. Then, in 1969, Ron and his wife Patricia bought a quaint but failing establishment in Northridge.

“For 18 months I never took a day off,” Ron said, reminiscing. “I made every sandwich. I wanted each one to be perfect.”

Today that same establishment, Brent’s Deli, is the best delicatessen and restaurant in the nation.

Get to know the Founding Father of Brent’s Deli…

Q: If someone told you back in 1969 that you would develop Brent’s Deli into the best delicatessen and restaurant in the entire nation, what would you have said?
Ron: I absolutely knew I’d have the best deli in the country. I just didn’t know if everyone else would know that.

Q: Above all, what has been your single-biggest pleasure over the 40-plus year history of Brent’s Deli?
Ron: Seeing my business grow to the level of success it’s enjoyed thus far

Q: Brent’s Deli features more than 650 items on its menu. Which is your favorite?
Ron: That’s one of my problems — almost everything is my favorite. I absolutely love deli food … this deli food. That’s a fact. 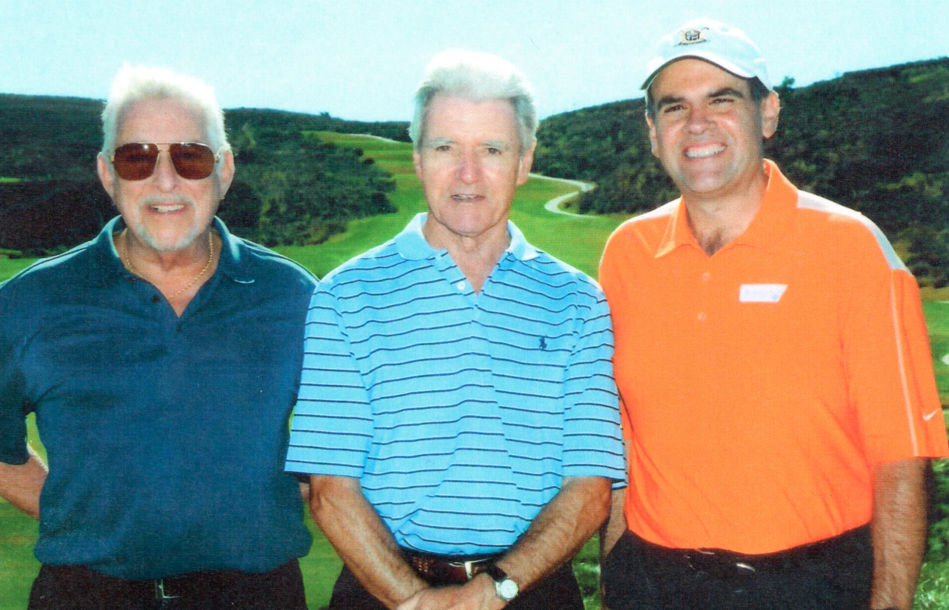 Ron (left) is an avid golfer.

Q: Moving forward, what legacy do you envision for Brent’s Deli?
Ron: I have a young family, so I’d like them to continue to grow the quality of service and food on which I built the business.

Q: When you’re not working at Brent’s Deli, what are you most likely doing?
Ron: Golfing, or spending time with my family and friends

Be sure to connect with Brent’s Deli on Facebook, Twitter, Google+ and LinkedIn for contests, events and other promotions!