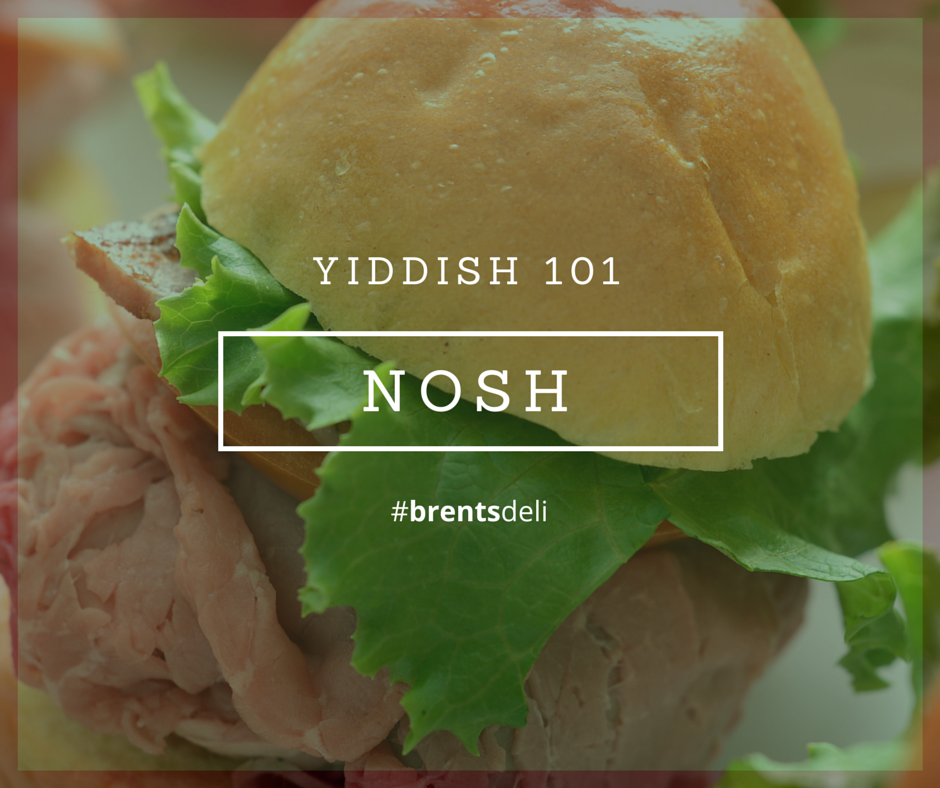 Originally from the German word naschen – meaning “to eat on the sly” – to nosh is to eat lightly or to snack.

It can be used as both a noun and a verb: “a quick nosh” or “noshing on a sandwich.”