July is National Pickle Month, so we scoured the Internet to bring you five deli-cious pickle recipes! 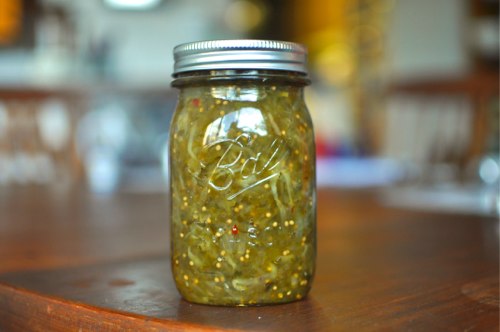 To whip up a batch of your very own, simply combine three cups of green peppers, two cups of grated cucumbers and one cup of minced or grated onion in a stainless steel pot. Swirl in a cup of apple cider vinegar, and simmer for about 30 minutes. Drain all the liquid, and then add another cup of vinegar, a cup of granulated sugar, a tablespoon of kosher salt, a tablespoon of mustard seeds, half a teaspoon of celery seeds and a teaspoon of red chili flakes, ­ and then simmer for another five minutes. Fill your jars and boil them in water for 10 minutes. 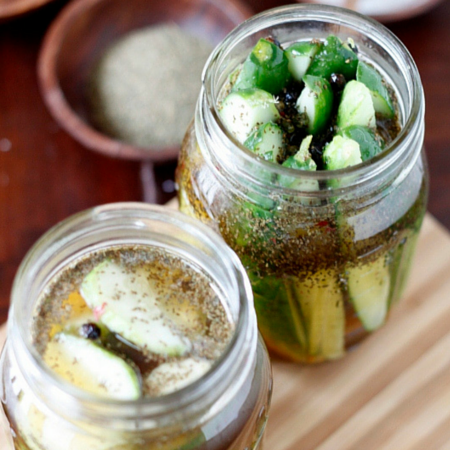 First, cut or slice six small pickling cucumbers and divide them into two jars. Then, take one-and-a-half cups of sugar, one-and-a-half cups of apple cider vinegar, two tablespoons of salt, one tablespoon of celery seeds, and two-to-four cloves of garlic cut in half, and place everything in a saucepan on a medium heat. Remove once the sugar has dissolved, let it cool to room temperature. Lastly, divide the liquid equally between the two jars and refrigerate sealed for 24 hours. 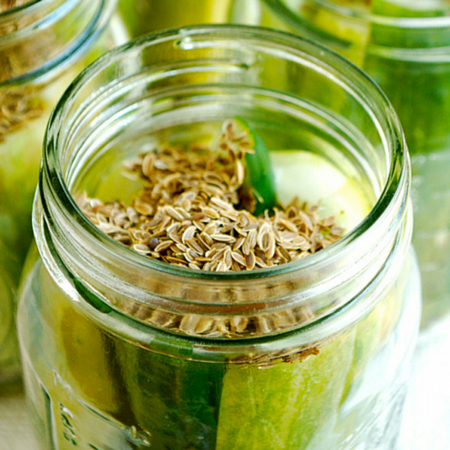 Using seven pounds of cucumbers, cut off one-eighth inch of each end, and prick them generously with a fork. Next, layer them in a large bowl, alternating with one cup of pickling salt. Now, cover them with cold water, up to an inch from the top, and let them stand in room temperature for up 24 hours. Then, fill your pickle jars and your canning pot with hot water, covering the jars about an inch, and boil at a medium-­high heat for at least 30 minutes. Keep them on a low simmer until you are ready to use your jars.

Finally, combine and boil a half cup of pickling salt, a half cup of granulated sugar, six cups of water, nine tablespoons of dill seeds and six cups of white wine vinegar for about 60 seconds. Pack your salty cucumber into your jars and fill the jars with the hot vinegar liquid you have just boiled. Returning the jars to the canner, boil for a another 10 minutes before letting them stand for another 24 hours to cool. Leave them for at least a week and then refrigerate before tucking into your crunchy, fresh, homemade dill pickles! 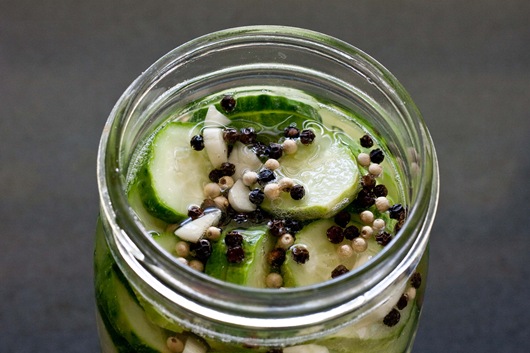 Start off by slicing six mini cucumbers any way you like, before placing them in your jar with a tablespoon of peppercorns, four large garlic cloves coarsely chopped, and a tablespoon of sea salt. Pour in distilled white vinegar up to three quarters of the way, and then top with water ­leaving about an inch open at the top. Put on the lid, mix it up and place your jar in the fridge for at least six hours.

All you need for this recipe is a large jar, six cucumbers, two sliced carrots, fresh dill, fresh thyme, celery leaves, a tablespoon of pickling salt for every liter of water, mustard seeds, a few peppercorns, one chili and about four cloves of garlic depending on your taste preference. First things first, put the fresh herbs and a few celery leaves in the jar and fill it with cucumbers ­ that you’ve cut in half, lengthways. Layer in sliced carrots, garlic and chili, and top off your jar with peppercorns and mustard seeds. Next, heat up water and salt over medium heat.

Once the salt is nicely dissolved, pour the brine into the jars until your vegetables and herbs are covered. For the next three-to-five days, place your jar in the sunlight, ­ but remember to bring it inside at night ­ until the bubbles stop rising. Then cool and serve!