If you are a waffle lover, it is your time to shine. This is because we have completed another trip around the sun to enjoy and cherish what could possibly be the best day ever, especially for dessert lovers. Yes, we are talking about National Waffle Day. The holiday is the best excuse to purchase, make, or eat as many waffles and other brunch items as you can handle. 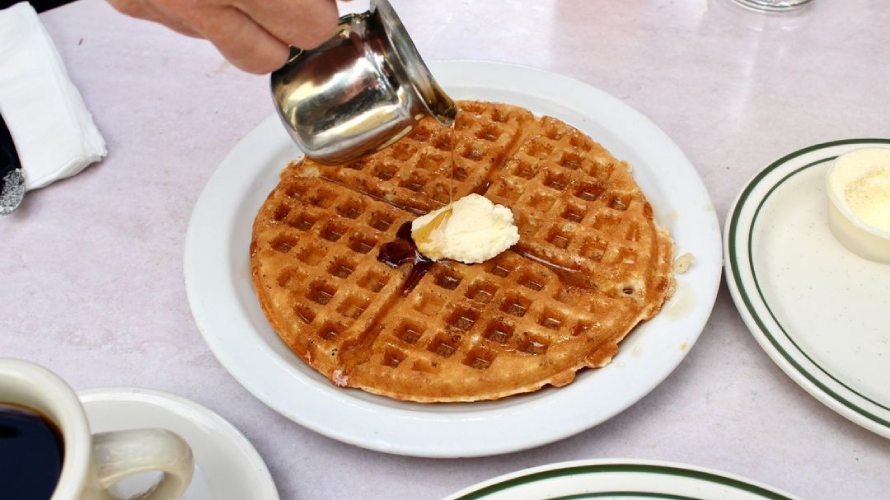 There is no doubt that waffles are truly incredible and yummy and are one of the brunch favorites, particularly if they are made by experts with perfection, crispy and crunchy from the outside with a soft doughy center. The unique taste of waffles can’t be matched by anything else.

Brent’s Deli offers a slew of the best waffles, including Belgian waffles, on National Waffle Day. Known for its ice cream, cupcakes, and various waffle combinations, the Instagram-worthy food offers lip-smacking waffles for customers who stop by on the day. This Southern California-based delicatessen and restaurant offers the best brunches in Los Angeles and many breakfast options, such as pancakes and French toast.

August 24 is celebrated as National Waffle Day because on that day in 1869, Cornelius Swarthout of New York received the first patent for the waffle iron. You will be happy to know that making waffles is now quicker and easier because of this technology.

Did you know that this holiday originated in Sweden through a famous mishap that mixed up or confused similar words meaning waffles and “Our Lady’s Day”? It is known as Våffeldagen. The holiday falls on the same day as the Feast of the Annunciation. In Sweden and throughout Europe, this day was also regarded as the beginning of spring. Making delicious waffles on this day has become customary for Swedish households.

Waffles or wafers were served as a dessert in the Middle Ages, and they were made on round plates with representations or images of Jesus, the Crucifixion, and other religious themes and symbolism.

The word “waffle” appeared in the English language back in 1725. In the US, the waffles came through the Seattle World’s fair. Note that during that time, the famous Belgium waffles were introduced to the Americans. However, you should know that waffles were first introduced in America back in 1869, and the Dutch are often credited with bringing these delicacies to the US.

So, who invented waffles? The two leading European countries that are most responsible for the creation and evolution of waffles are Belgium and the Netherlands. When it was introduced at the 1964 World’s Fair in New York, the Belgian Waffle gained popularity in the US. It was initially promoted as Brussels Waffle, but the American public showed little interest.

As a result, the family selling them at the World Fair then changed the name to Belgian Waffles, and demand for waffles increased. At the World Fair, waffles could be ordered plain or with strawberries and whipped cream.

How to Enjoy National Waffle Day

There are many exciting and fun ways to celebrate this day. You can visit your favorite brunch spot or breakfast diner, such as Brent’s Deli, to indulge in your favorite heap of amazing waffles for brunch or breakfast. To try something new and different, you can visit a waffle specialty store where you will likely find your new favorite waffle meal.

You can even have a waffle from Brent’s Deli for every meal. Having a tasty waffle for breakfast, brunch, lunch, and dinner is a great way to celebrate National Waffle Day. You can invite your family and friends to a waffle party.

Toppings can be as unique and varied as you like so that everyone can try new flavors, or you can stick to traditional flavors like plain old maple syrup.

There is no doubt that Brent’s Deli takes pride in serving some of the best waffles in California. The deli offers Belgian and Thin waffles. In addition to yummy waffles, the restaurant also serves all the traditional breakfast staples, including breakfast burritos, hash browns, pancakes, bacon, and breakfast sandwiches.

You will love the sweeter, crisper, and thinner waffle at Brent’s Deli. This thin waffle is usually served without any toppings. In the Netherlands, they make a similar thin, crispy waffle known as stroopwafels. Thin waffles can be combined with bacon, ham, or sausage. 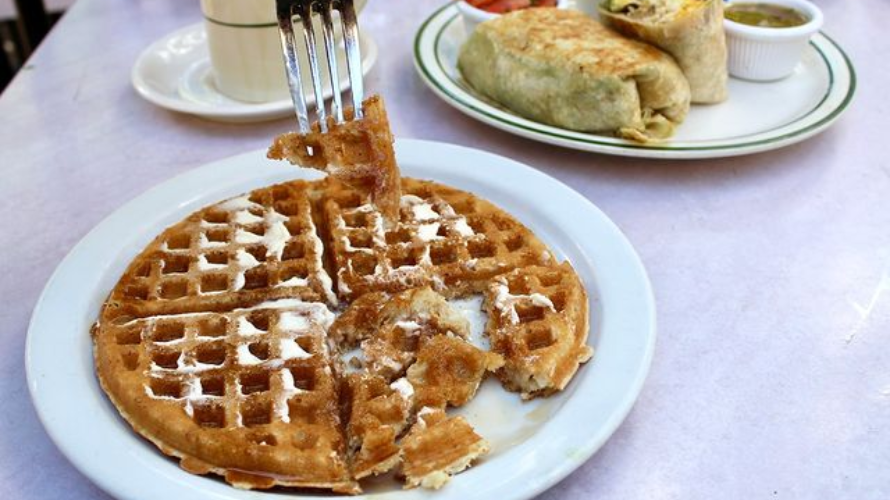 Brent’s Deli has a traditional Belgian waffle on its menu that will satisfy your sweet tooth. The deli offers the “full Belgian experience”, and has perfected the art of making flavored Belgian waffles for the residents of Los Angeles. The deli’s Belgian Waffle has a crispy, crunchy crust and a light interior.

If you are a waffle aficionado, you must try Brent’s Deli. With different types of waffles and other desserts, you will undoubtedly find one that will satisfy your tastebuds. 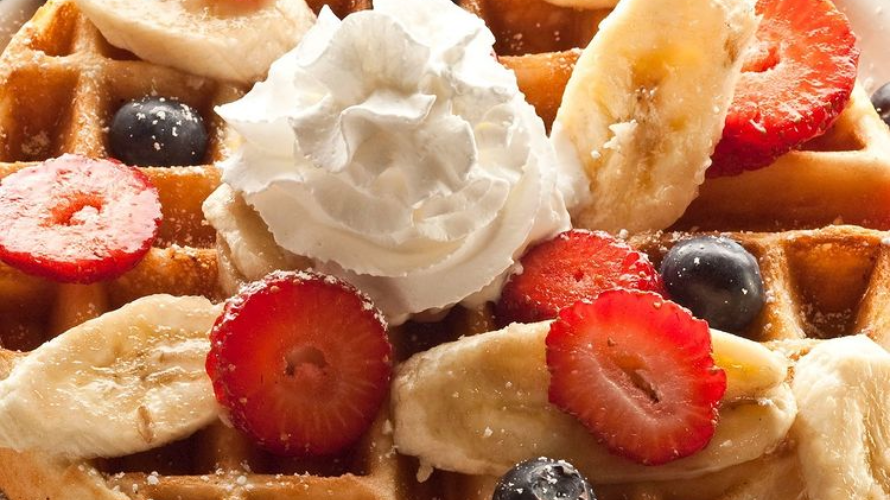 If you are looking for yummy waffles and the best brunch near me, you will not go wrong with Brent’s Deli. So, go to your favorite Jewish restaurant to mark this day by consuming the delicious waffles. With a lovely and swanky location, Brent’s Deli is the perfect spot for some brunch.

The restaurant offers some pretty amazing and unique waffles. At Brent’s Deli, you will find a diverse menu comprising breakfast sandwiches and salads.