Pastrami on rye is the Jewish delicatessen everyone loves to have as a quick, go-to meal. It is a delicious overstuffed sandwich with slices of pastrami and flavorful toppings. The recipe was assimilated into American culture during the era of 1900 when hundreds of Romanian moved to New York City. Soon the delicatessen became a popular American dish inspired by native traditions. 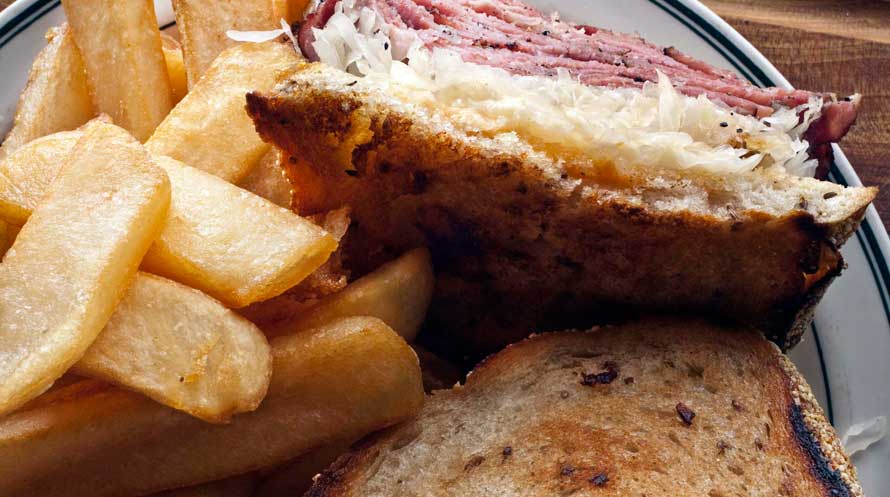 Today, you can find plenty of variations of pastrami on rye sandwiches prepared with a foot-high pile of meat, heaping scoop of chicken meat, basins of delicious pickles, and loaves of puffy rye. Though you can prepare a pastrami sandwich with your variation, the best way to enjoy it is to find the best Jewish restaurant near you and treat yourself to the authentic flavors of this delicacy.

Keep on reading to find everything you need to know about a pastrami on rye sandwich.

The History of the Pastrami Sandwich

Though pastrami is a Jewish American creation, it has a long history that dates back to the 19th century. The classic Jewish deli food is perfectly smoked, cured, and spiced before serving. The recipe came to America with Romanian immigrants in the late 19th century. However, the peppery blend used in this classic Jewish sandwich has a history that goes further back in 19 century.

Originating from the jerky-like pastirma, the Ottoman Turks were the first people to prepare this Jewish Deli. They used dried salt to cure and preserve meat (mutton, beef, or goat). Once dried, the Turks rubbed the spices on the meat and left it for some time before eating.

The recipe then reached Eastern Europe with the trade of spices and soon became one of the mainstays in Romania. Native Romanian adapted the recipe in a variety of ways using the meat of goose. It traveled from Romania to the USA via Romanian immigrants. Most people started using beef brisket instead of goose as it was more economical for them

Nowadays, people use naval cuts to make pastrami sandwiches to save money. Plus, weaker salt brine is considered a better option to make softer pastrami salt.

What Is in Pastrami on Rye?

Romanian immigrant Sussman Volk invented or introduced the recipe to Americans in 1888. Also, he was the owner of the first deli in New York. He opened a Jewish food restaurant named Katz’s Delicatessen which was a popular place to have pastrami on rye sandwiches. 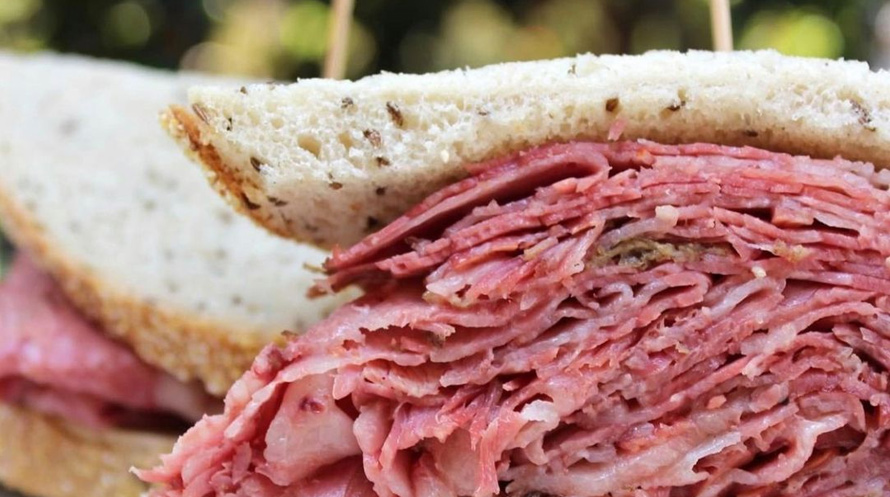 Variations of the Classic Jewish Sandwich

While the original pastrami sandwich uses goose meat, it tastes equally delicious with other variations such as rye bread, beef, and vegetables. People also use Russian salad, coleslaw, and corned beef with pastrami sandwiches to make it more flavorful, healthy, and unique. 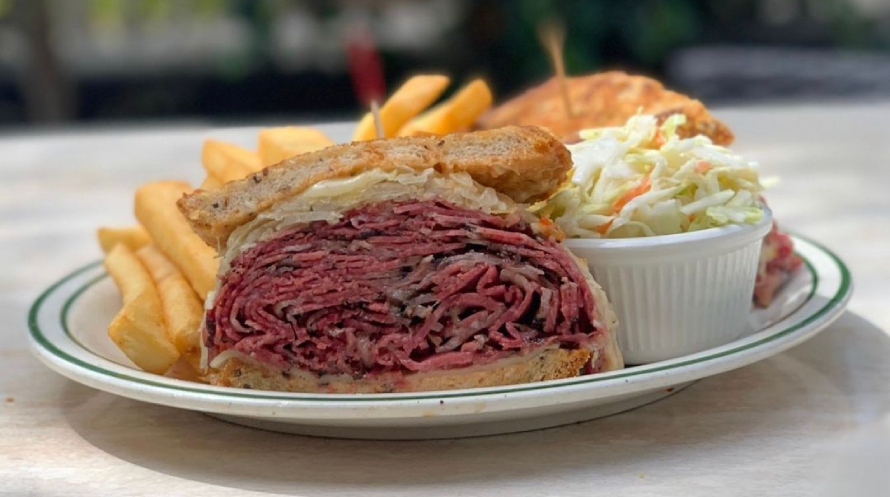 Preparation includes placing meat on the rye bread and adding coleslaw topping. Using Russian dressing on the top of the bread is the most interesting variation of the pastrami sandwich.

Another bread slice with mayonnaise topping can be placed on the top to make the sandwich more scrumptious.

The Difference between Pastrami and Corned Beef

Many people confuse pastrami and corned beef when it comes to ordering Jewish delicatessen. It is important to keep in mind that both pastrami sandwiches and corned beef are different things. You may like one depending on your taste preferences.

Here are some distinguishing features of both pastrami and corned beef to help you resolve the mystery between the two.

The major difference between the two foods is their origins. Pastrami has either Romanian or Turkish ancestry. The one of Romanian origin is made with mutton or pork while the Turkish is a pastirma descendent prepared with beef.

Corned beef however is an Irish dish specially prepared on St. Patrick’s Day which is a religious occasion for Jewish

Another basic difference between corned beef and pastrami sandwiches is the meat cut they use for filling. While both are made from red meat, different animal parts are used for the cuts. Pastrami’s meat is a shorter cut taken from the section below the ribs. It is lean, firm, and juicier.

Corned beef is the cut from the cow’s lower chest called brisket. Some restaurants use brisket to make pastrami.

Pastrami is steam cooked with the help of a water pan that’s placed nearby. It moistens the meat by creating steam. Once steamed, the dish is cooled down to serve. However, corned beef is boiled meat served with accouterments and cabbage.

Head Over to Brent’s Deli for the Best Pastrami on Rye in the Valley!

Searching for the best Jewish Deli near me?

Brent’s Deli Westlake Village and Brent’s Deli Northridge locations are one of the sought-after places people head over to try authentic, tasty, and fresh meals. The menu is full of mouthwatering Jewish delicatessen you would love to try.

Whether it is an occasion you want to celebrate with your friends or a dinner date with your partner, Brent’s Deli is an ideal place to indulge in yummy and delicious pastrami on rye in the Valley.