The Best Way to Eat a Tuna Melt

The Best Way to Eat a Tuna Melt

If you are a fish lover, you probably know that no other food is more emblematic of America’s working-class spirit than the tasty yet humble tuna melt sandwich. Did you know that the Spanish make their tuna bocadillo with sherry vinegar and piquillo peppers? On the other hand, the French have their pressed pan bagnat. However, the American version of this sandwich is more about thrift and convenience. 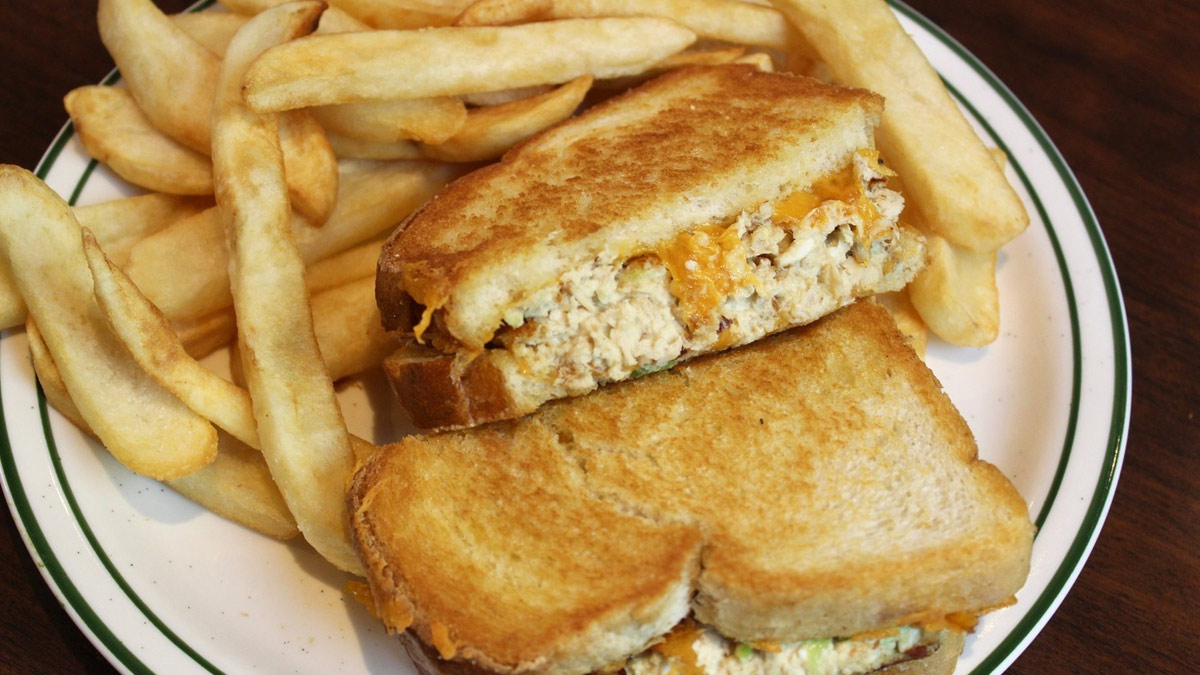 The sandwich is made from canned tuna, mayonnaise, and pre-sliced wheat bread. However, if you would like to make it fancy, you can pop it under the broiler in order to make a bubbling and satisfying tuna melt. A tuna melt is a delicious tuna sandwich that is served hot and usually has toasted bread and melted cheese. As American and yummy as apple pie, tuna melts certainly prove that the unexpected combo of hot cheese and tuna salad can be deeply delicious and nutritious.

You can commonly find tuna sandwiches in the prepared food aisle of a local grocery store. However, it is different from the tuna melt. To satisfy your tuna cravings, it is advisable to order the best tuna melt at Brent’s Deli, your go-to deli in Northridge and Westlake Village.

History of the Tuna Melt

In the US, tuna became popular about a hundred years ago. According to legend, in the 1960s, the tuna melt sandwich was accidentally invented in Charleston, SC, at the famous Woolworth’s lunch counter. This happened when the cook did not notice that a whole bowl of tuna salad had tipped over onto grilled cheese.

Instead of cleaning it up, the cook at the counter discovered the magic and deliciousness of these two flavorful combinations. With this stroke of luck, the iconic and mouth watering tuna melt was born.

While tuna sandwiches are an American food staple and are very tasty, adding a dollop of melty cheese can definitely take it a notch higher. We might never find out if this origin story is true, but it is no secret that tuna melt has gradually become one of the classic American diner foods.

Soon, the simple and savory sandwich made its way around the world. According to Bloomberg, the popularity of tuna melt can be attributed to its accessibility and convenience as it does not rely on fresh meat or produce.

What Goes in a Classic Tuna Melt?

Lunchtimes do not get any better than a well-made tuna melt full of hot molten cheese. Many people say that this beloved deli and diner classic is a tuna sandwich topped with molten cheese and warmed on a griddle. In contrast, others claim it is clearly a conventional grilled cheese sandwich with a tuna salad upgrade. What goes in a classic tuna melt and what to serve with tuna melt depends on many factors, such as your preference and needs and where you order it from.

For example, the tuna melt at some restaurants and delis contains bread, toasted hard, with a hearty thick layer of delicious tuna salad on top, tomatoes, and melted American cheese. Note that the tuna salad contains finely diced celery and onion. The tuna melt is an incredibly tasty food item, especially when the bread is toasted on the outside and remains soft within.

While there are many mix-ins and ingredients that can upgrade a tuna melt, some components simply cannot be beaten. Cheese and tuna are both dominant personalities in the classic tuna melt. And a grilled sandwich of tuna, a generous amount of mayonnaise, and celery, with a veil of hot and gooey cheese, is just about as classic as tuna melt gets. The perfect or best tuna melt is in the eye of the beholder, but it should be moist and soft enough to bond with the melting cheese and bread but not so goopy that it spills out.

How to Eat a Tuna Melt

With so many variations and combinations, you may wonder how to eat tuna melt. You will be happy to know that there are many options to mix things up. For example, nowadays, chefs zhuzh up and experiment with their tuna melt recipes with anything from artichokes to curry. Some also make it as a panini. The open-faced tuna melt sandwich is also popular and is made with a slice of hard-toasted bread and topped with cheese and tuna salad. 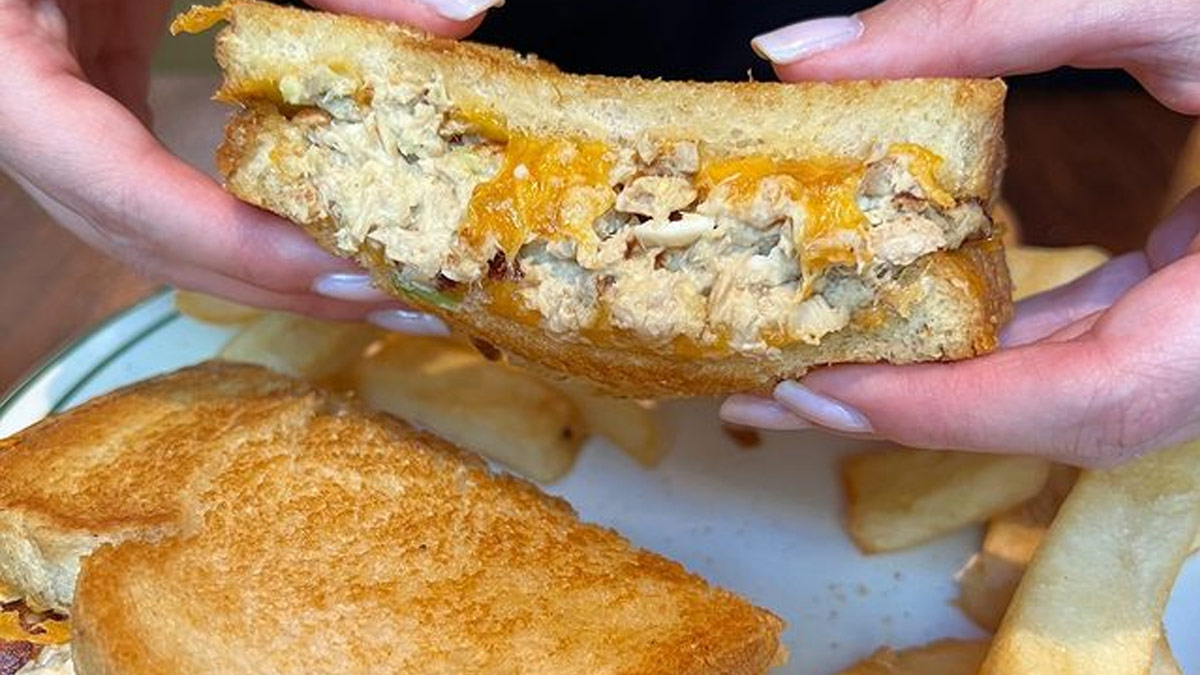 You can use all types of bread for your tuna melt. However, some of the most common ones are burger/brioche bun, English muffin, hot dog bun, bagel, croissant, flatbread, crescent rolls, and tortillas. You should know that rye is also great in a Jewish-deli-styled tuna melt that is seasoned more boldly and assertively with dill, relish, and celery and topped with melted Swiss cheese. As you can see, your choice of bread will make the tuna melt closer to a sandwich. You can also go for a tuna melt sandwich with no mayo. Simply replace the mayonnaise with sour cream, yogurt, cream cheese, or cottage cheese.

If you are looking for the best tuna melt near me, Brent’s Deli offers tuna melts with thick-cut steak fries and coleslaw to satisfy your fish cravings. There is no doubt that French fries, steak fries, and even potato chips are excellent choices. Tuna melt sandwiches also pair well with tomato soup, a tossed salad, or sweet potato fries.

Grab a Delicious Tuna Melt Any Day of the Week at Brent’s Deli!

The tuna melt is certainly an American classic and is wholesome and nutritious. Also, there are almost as many ways to make and eat it as there are American families. Looking for the best lunch place in Los Angeles to order a tuna melt sandwich? Brent’s Deli offers Albacore tuna salad with melted cheddar cheese on grilled sourdough bread. 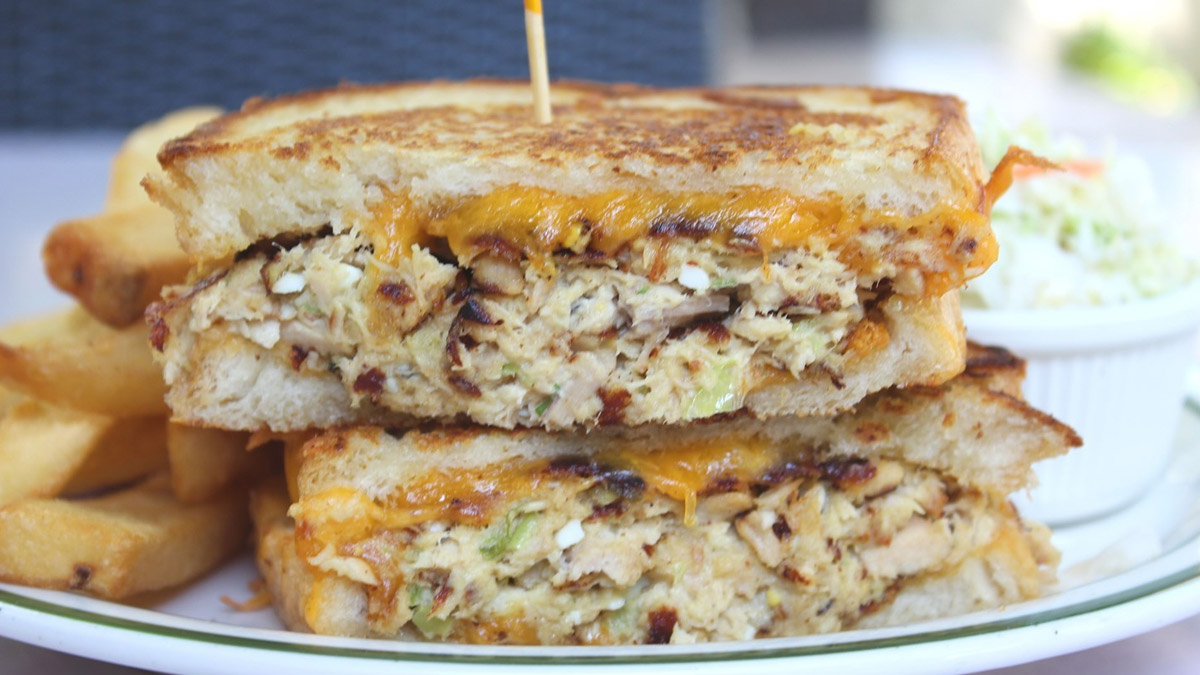 If you prefer cheese and thinly sliced turkey breast, you can also try their Turkey Melt. Brent’s Deli also provides catering services and is the best deli in Los Angeles, offering satisfying tuna melt ideal for a quick and easy lunch.